I have published two novels for young adults.

Leaving Jetty Road was published by HarperCollins Australia in 2004, and by Knopf in the USA in 2005. It is currently available as an ebook through Penguin Random House.

Beyond Evie was published by HarperCollins Australia in 2010, and was translated into German and published by Oetinger Taschenbuch under the title Beautiful World in 2011.

Both of my books were named as Notable Books by the Children’s Book Council of Australia. Leaving Jetty Road also won a Varuna Award for Manuscript Development. 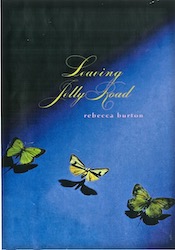 I am currently working on a third novel, and I am represented by Jane Novak, Literary Agent (jane@janenovak.com).

You can read more of my writing on my blog, Twenty-One Words (tales from the birdgirl), where I write about books and birds and words.